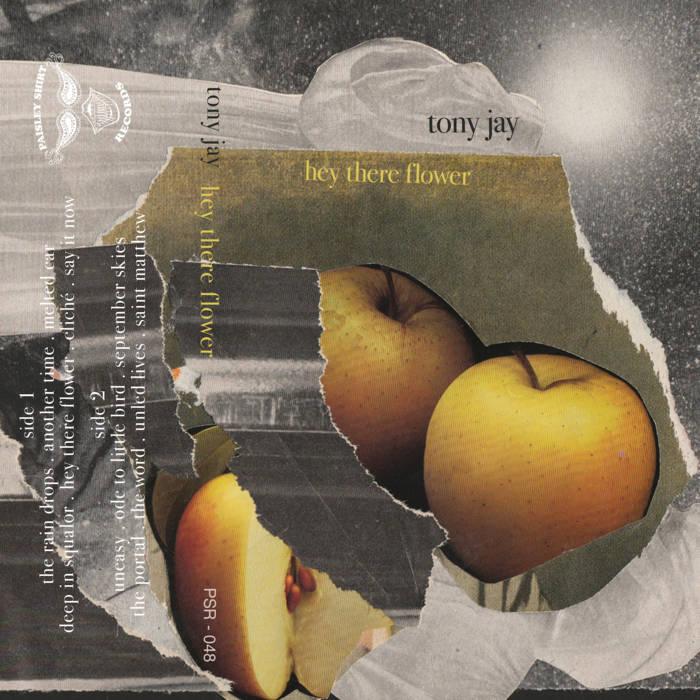 i luv mondays on BFF.fm

Mostly recorded between last Christmas and New Year's during a window of isolation at home, “Hey There Flower” preserves Tony Jay’s prowess at making beautifully eerie lo-fi pop; like a hazy memory where your favorite Sixties girl-group melody is perpetually slowed down.

"hey there flower", the most recent release from the prolific and mysterious Tony Jay delivers real melodies -- both lacey with vocal harmonies and dusty with layered guitars -- as fans have come to expect. This release also carries forward and elaborates on Tony Jay's tradition of songs that express a kind of naked honesty about things we all know -- love and loneliness and all that -- while communicating at the same time a wry edge of skepticism, so that the songs are like coins spinning on edge before landing heads, tails, or lost under the couch. Tony Jay brings us into a nostalgia where we recognize moods from music of the past -- Marc Boland definitely comes to mind, as well as Velvet Underground of the Nico era, and Tony Jay even covers Francoise Hardy on this collection -- but the songs create a three dimensional space with what feels like a thousand layers so that instead of being thrown back in time, it's like stepping into a little world with its own laws of nature, of which the listener gets just a few hints.

Be sure to check out Tony Jay’s previous album “A Wave In The Dark”:
paisleyshirtrecords.bandcamp.com/album/a-wave-in-the-dark

And check out the Tony Jay Bandcamp for a decade-worth of Tony Jay recordings:
tonyjay.bandcamp.com

Except “Say It Now” by Skelton + Hardy

Listen to "The Boy In The Paisley Shirt" by Television Personalities and you'll get a good idea of what we're about.

Bandcamp Daily  your guide to the world of Bandcamp

Featuring appearances from Kari Faux, Bluestaeb and and interview with NY-bred artist Wiki